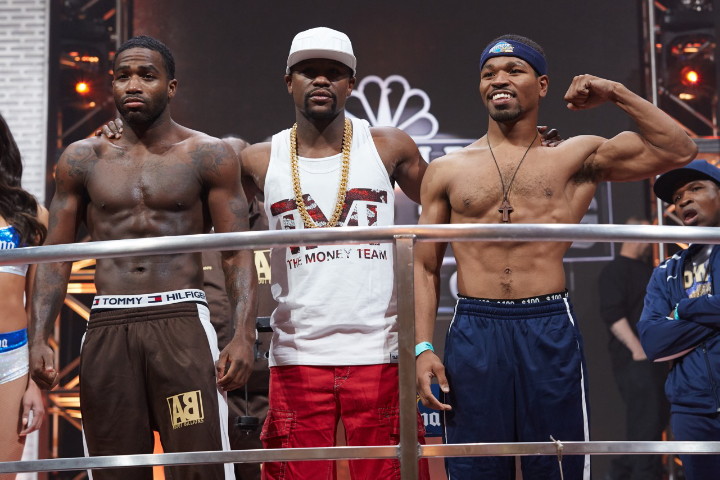 (Photo credit: Suzanne Teresa/Premier Boxing Champions) By Stuart Smith: On Saturday night, live on NBC, Adrien Broner (30-1, 22 KO’s) and Shawn Porter (25-1-1, 14KO’s) will meet in a highly anticipated bout at the MGM Grand, Las Vegas. The match-up is one of many competitive fights that have been made as part of Al Haymon’s Premier Boxing Champions promotion. The fight will be the second time both men have appeared on the promotion and has been agreed to be fought at a catch-weight of 144 pounds.

There can be very strong cases made for both men winning this fight. Firstly, further questions will be asked of Adrien Broner’s chin after he was previously put down by another hard-hitting Welterweight in Marcos Maidana. However, there are also questions to be answered about how Shawn Porter will cope against a technical fighter like Adrien Broner. In August, he struggled to make his strength significant against Kell Brook, who was able to box him at range and tie him up on the inside.

For Shawn Porter to be effective in this fight, he needs to force to pace, much like Marcos Maidana did against Adrien Broner. Broner likes to fight at a relatively slow pace, picking his shots and tying things up on the inside. Shawn porter needs to also ensure that he makes the weight difference tell by bullying Broner around the ring. However, it may be difficult for Shawn Porter to fight at a consistently high pace for 12 rounds after cutting down to 144 pounds from being a naturally big welterweight.

I believe the fight will go the distance with Broner winning by a relatively small margin. Ultimately I feel that Adrien Broner is a technical fighter that can pick his shots well, and as we saw from the Brook defeat, Shawn Porter really struggles to land effectively with boxers that move and cover up well.