Omar “Panterita” Figueroa (25-0-1, 18 KOs) remained undefeated as he put on an exciting show in front of a raucous hometown crowd and earned a unanimous decision over Ricky Burns (37-5-1, 11 KOs) on Premier Boxing Champions on CBS live from State Farm Arena in Hidalgo, Texas.

Figueroa was the sharper fighter who landed harder punches and was able to dictate the pace of the fight. Burns was deducted a point in both the eighth and 11th rounds by the referee for excessive holding. “Panterita” won by scores of 116-110 twice and 117-109.

In the first televised fight of the afternoon, British star Jamie McDonnell (25-2-1, 12 KOs) earned a narrow but unanimous decision over previously unbeaten Tomoki “El Mexicanito” Kameda (31-1, 19 KOs). McDonnell was knocked down for the first time in his career by a sharp right hand from Kameda in round three but quickly recovered to win by a score of 114-113 on all three judges’ cards.

Here are what the fighters had to say after their bouts:

“Fighting a fight like that, it takes a lot to go even four rounds, much less 12. With a fighter like that, leaning on you and using his weight on you it’s tough. I’m just glad I was in shape and didn’t let my fans down.

“I’m a very offensive fighter, so the holding kind of slowed me down. I tried to do what I could and, thankfully, the judges saw that.

“My hands are a little sore, but I really did hold back on my punches, especially because he has one of those European guards where he holds his hands up high and his elbows are exposed. I had to be careful going to the body because that’s how I hurt my hands most times, from hitting the elbows. I felt ridiculously strong at the new weight, but I didn’t think my hands would hold up, so I was holding back and trying to win the fight on points and if I could hurt him I would try to stop him.

“He was punching me behind the head, so I felt like I had to do the same. If you want to play like that, I can play that game.

“At the end of the fight, he came with a good body shot that hurt me a bit. That’s why I slowed down at the end. I have to give it to Ricky. He’s a tough fighter.

“It’s time to rest up. I’ve been training since the beginning of the year and I deserve a little rest.”

“We knew it was going to be a tough fight, but I didn’t agree with the deductions for holding. I thought he was holding as much as me and that’s why I had to tie him up.

“We moved up in weight for this one but still had some trouble making weight, but I didn’t want to jeopardize my chance to fight in America.

“I think it was his size that gave me problems more than anything. I don’t know what weight he was in that ring, but it was a lot bigger than me.

“The plan was to try to stick to boxing for the first half of the fight, but once the size really took over I had to stand and exchange more than I would have liked. I couldn’t get him off of me. I’ve got no excuses, as I said the best man will win.

“I always leave everything in the ring and that’s all I can do. I hope everyone who watched enjoyed the fight.

“We’ve enjoyed the experience of being in the U.S., obviously the decision didn’t go our way which puts a damper on it, but overall everyone here in Texas has been great. I want to say a big thank you to everybody. I hope to back again.” 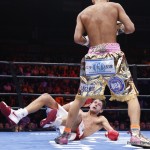 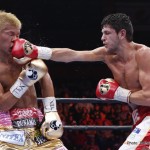 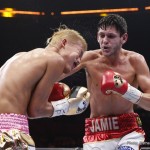 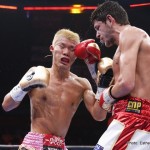 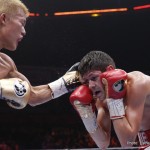 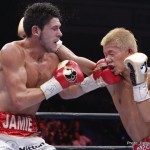 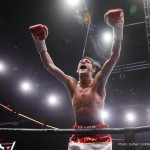 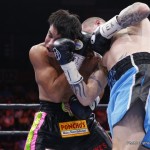 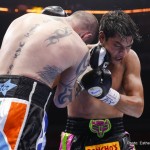 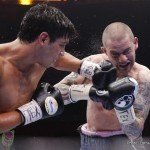 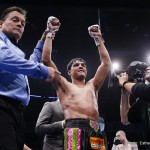 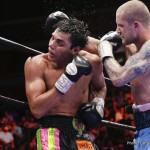 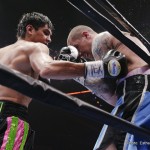 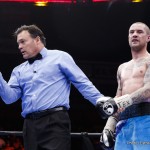 “I felt in control all the way through. It was a great performance. I know I should have just boxed but I wanted to fight.

“I didn’t think I was going to get the decision being abroad, but it’s more than spectacular to come out of here victorious. He’s a great, undefeated champion.

“His speed surprised me on the knockdown. I knew he was going to be fast, but I didn’t expect it like that. I didn’t see the shot and next thing I knew I was on the floor.

“Hit and move, hit and move, that was the strategy. I remember being in there and thinking, ‘Man, this isn’t easy.’ I knew the crowd was going to go his way but it was a great experience.

“It’s been a fantastic time being here in America. I’d like to see some familiar faces but it’s a new experience. I was up against it but I knew I could pull it off. I knew deep inside that I could do it.

“I think I’m going to move up in weight. I want to catch the big fights before they’re gone.”

“I think I won the fight. I did enough to win. He did a lot to win the last rounds, but I did more over the fight. I don’t agree with the judges decision, but I respect it.

“I knew he would get up after the knockdown because he’s a world champion. He’s a great fighter and I take my hat off to him, but I won the fight.