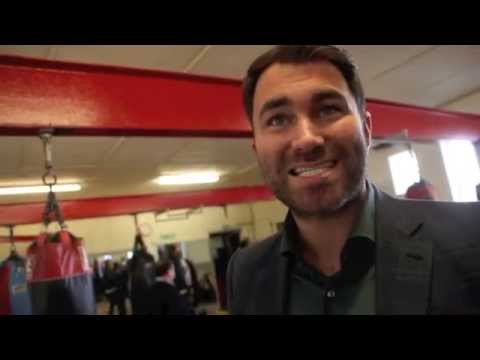 Sky Sports Box Office has been awarded exclusive live rights to ‘the fight of the century’, the welterweight world championship unification clash between Floyd Mayweather and Manny Pacquiao, thanks to an agreement announced today.

The contest, one of the most eagerly anticipated events in boxing history, will be shown live from the MGM Garden Arena in Las Vegas.

The event puts together the two of greatest boxers of all time: Floyd Mayweather (47-0-0) the undefeated 11 time world champion and holder of the WBC and WBA titles, and Manny Pacquiao (57-5-2) the reigning WBO welterweight world champion and winner of 10 world titles.

The Sky Sports viewers will be able to follow build-up to Mayweather v Pacquiao across its channels and digital media outlets, including access to both boxers’ training camps, press conferences and public appearances.

Barney Francis, Managing Director of Sky Sports, said: “This fight has everything and is set to be one of the biggest sports events of the year. As the home of boxing in the UK and Republic of Ireland, we’re thrilled to be awarded the rights.

“We’ll provide Sky Sports viewers with the best possible build-up across our channels and outlets and the best coverage of the fight itself from our team in Las Vegas.”

Sky Sports News HQ will be in Las Vegas during the final build-up to bring the latest news and analysis from both camps including the official press conferences, and weigh-in as the two fighters complete their training camps and anticipation reaches fever pitch.

The event is part of a packed month of live sport that Sky Sports viewers can enjoy during May. The schedule includes live coverage of the Barclays Premier League, the Sky Bet Championship and League 1 and 2 Playoffs, Scottish Cup Final, the Spanish and Monaco Grand Prix, golf’s Players Championship from Sawgrass, and rugby league’s Magic Weekend from Newcastle’s St James Park stadium.

The cost of the event will be £19.95 and €24.95 across all forms of booking up until midnight Friday 1 May. From then on the cost will still be £19.95 / €24.95 if bookings are made via remote control and online, but will cost £24.95 / €29.95 if booked via the phone. Please note an additional £2 booking fee still applies if bookings are made via a telephone agent. Cable customers please contact your operator for booking information.

« Golovkin/Monroe undercard: Gonzalez vs. Sosa opens up HBO telecast on Saturday, May 16