Kessler could return to the ring for Ward or Froch fights, says Nelson

By Scott Gilfoid: The soon to be 36-year-old former WBA/WBC super middleweight champion Mikkel Kessler (46-3, 35 KOs) is reportedly interested in returning to the boxing ring if he can get a big fight against either Andre Ward or Carl Froch to fight for their straps, according to Sky Sport’s Johnny Nelson.

Kessler recently stepped away from the sport after sitting idle for a year and a half after his loss to Froch in May of 2013.

“I spoke to him last week and as ever he was honest about it. There are only two names that will get him back in the ring and we all know who they are: Carl Froch and Andre Ward,” Nelson said via Skysports.com

I don’t know that a Froch-Kessler 3 or a Ward-Kessler 2 fight would be big enough fights to interest either Ward or Froch. I mean, if Kessler would get off his backside and start taking some scalps of some of the younger fighters like Gilberto Ramirez, Badou Jack, Derek Edwards, Julio Cesar Chavez Jr or Julius Jackson, I could see there being some interest in fights against Ward or Froch. But as of now, I don’t see it being worthwhile for either of those guys to take a fight against Kessler. He’s no longer relevant in my view to be worth it for those guys to fight him.

If Froch stays out of the ring for too much longer, he could find himself becoming irrelevant to fans because it’s been ages since he last fought in May of 2015, and if Froch suffers another injury before he can return to the ring in the summer, then we could be looking at him being out of the ring for a really long time. 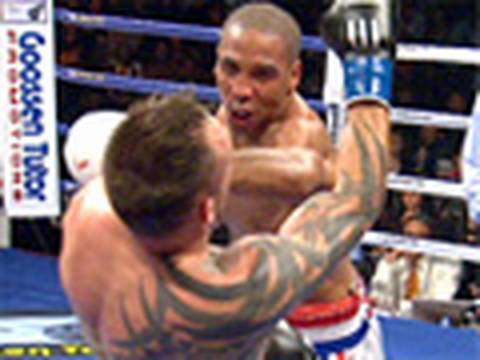 Kessler had been interested in getting a third fight with Froch, but by staying inactive without fighting anyone, Kessler made it difficult to justify a third fight. I think it might be the same situation for Ward. I mean, why Ward would want to fight Kessler if the Dane hasn’t fought for close to two years, and is being forgotten by a lot of boxing fans.

The newer fans probably don’t have a clue who Kessler is due to him not fighting, and it just doesn’t make sense for Ward – or Froch – to burn up one of their last remaining fights for a fighter from yesterday.

I don’t see the point of Ward-Kessler rematch due to the one-sided nature of their fight in 2009. That fight was so one-sided that it wasn’t even funny. For the boxing fans who remember that bout, I doubt their going to want to see Ward fight Kessler again. Ward won every round of the fight on my card, and he had Kessler looking like a bloody mess by the time the one-sided massacre was over in the 11th.

I’m all for Kessler returning to the ring, but I think he really needs to earn his title shots against Froch and Ward instead of having the fights handed to him on a silver platter.

« Golovkin vs. Murray: Why is Martin such an underdog?