Mayweather-Pacquiao won’t have HBO 24/7 or Showtime’s All Access, says Koncz 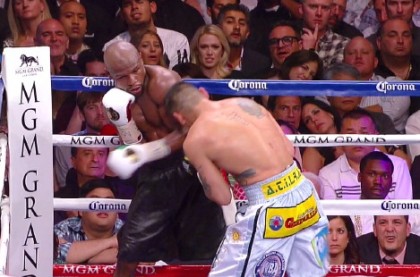 By Allan Fox: Manny Pacquiao’s adviser Michael Koncz says that Pacquiao’s May 2nd fight against Floyd Mayweather Jr won’t have HBO’s 24/7 episodes and Showtime’s All Access programs in order to hype the fights to the boxing fans in the United States.

Koncz says that neither of these series is really necessary due to the magnitude of the fight. Koncz believes that the fight will sell itself without having HBO and Showtime’s series to sell it.

Koncz is probably right because the fight will be marketed like crazy by HBO, Showtime and Top Rank. If they can announce it during the Super Bowl, it would help drive even more interest for the fight.

Instead of the HBO 24/7 and Showtime’s All Access programs, both networks will have their own one-hour special on the fight. One would guess that the one hour episode will be televised over and over again in order to make up for the lack of episodes.

Normally HBO and Showtime televise a three to four episode series for the bigger Pacquiao and Mayweather fights. If all HBO and Showtime are going to do in place of the short episodes is televise a one-hour special, it’s going to have to be rerun repeatedly in order to reach all the fans that the normal series of episodes reach.

“With ‘24/7’ and ‘All-Access,’ I don’t believe either are necessary,” Koncz said via the latimes.com. “This is not a normal boxing match; these two guys are superstars, as they showed just by meeting courtside at the basketball game. What more can you add to the fight? We don’t need those programs. So each network will do an hour special on their own fighter. That’s fair and reasonable.”

Mayweather and Pacquiao met last night during the Miami Heats – Milwaukee Bucks game in Miami, and the two fighters had a brief conversation. They later met at Pacquiao’s hotel room where Mayweather told Koncz and Pacquiao the issues that he had in the negotiations. One of the issues Mayweather has is with the Showtime – HBO joint broadcast. Koncz felt that this was something he could make happen, and he said he would make some phone calls to fix the problem.

« Briggs: “I have a date with Klitschko set for September”