Hopkins vs Kovalev: is it over for Hopkins? 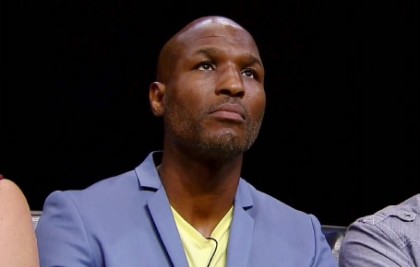 Gerardo Granados: Last Saturday night at the Boardwalk Hall at Atlantic City the future hall of fame member Bernard Hopkins lost his WBA – IBF light heavyweight championship titles against WBO light heavyweight Champion Sergey Kovalev. It was not a surprise or an upset to see Krusher win and the betting odds were close enough to assume this was going to be a competitive bout; but I didn’t expect Kovalev to come in to the fight which such good game plan and to be able to execute it so perfectly. Kovalev simply negate Hopkins of the opportunity to use many of his dirty tricks on him; besides of the time he was thrown down, Bernard wasn’t able to exasperate him nor counter him with precision because Sergey studied his style being able to execute his game plan winning the fight by 120 – 107 on my card.

Although it did surprise me Hopkins low work rate thru the fight, he turned in to survival mode after the flash knock down. Allowed Kovalev to set the tempo and distance failing to pressure the fight or even try to establish his jab. Hopkins realized his opponent was a good boxer with great power and did the smart thing you are supposed to do when you aren’t able to hurt your rival, but still I think he should have tried to go for the kill earlier even if that meant he could have ended on the canvas. Of course it is easier to say than to do when you are not the one inside the ring.

Last Saturday the Alien showed the younger so-called Big Names what fight fans want to see and that respect is earned when you win or lose against good opponents and not by fighting tailor-made opponents.

I bet the readers heard the audience booing during the fight; maybe Hopkins boxing style must be loved and enjoyed by boxing purist and the rest of us fight fans might have to try harder to appreciate him. But there is one thing we all might agree on, it is the heart that Bernard showed time after time he got rocked refusing to go down, that made me respect him even more because now a days a couple of organization belt holders that would have simply quitted.

At almost 50 years of age logic tells Hopkins should just retire, but as Roy Jones Jr said Bernard is a smart old crafty boxer and there aren’t many top contenders who would do the same thing Kovalev did to him. The Alien lost to a fighter with an impressive record of W26(23)-L0-D1 who also has great power to go along with his boxing skills and ring IQ; I think the reader can agree that Hopkins was not beaten by a low ranked unknown contender.

I think it might be over for Hopkins if he feels time is up yet, but if he was to continue maybe he should consider moving down to super middle where he could still be competitive and end up fighting on the same weight his rival is at fight night. But, what about the reader; do you think it is over yet for Bernard Hopkins?