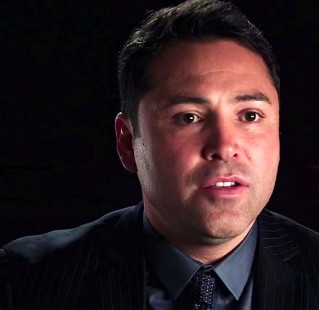 By Michael Herron: In boxing May 5th or Cinco de Mayo has become synonymous with a big fight and big night of boxing! The date, which is often mistaken as Mexico’s Independence Day, commemorates the Mexican army’s unlikely victory over French forces at the Battle of Puebla on May 5, 1862. The event is a source of national pride as it re-imagines a Mexican David defeating a French Goliath. In boxing it is not uncommon that on this date the sports major attraction will face off with his greatest rival, the fervor is increased tenfold when one or both participants are of Mexican descent.

In recent years however boxing’s Cinco de Mayo weekend has not been the legendary night of Mexican fighters that many believe it should be but in fact has become a showcase for an African American fighter, boxing’s top pay-per-view attraction Floyd “Money” Mayweather. Is it necessary to note that Mayweather is an African American? Yes, because boxing is a very nationalistic/patriotic sport and nationalism is the reason some fights are bigger than others. Major boxing events taking place on Cinco de Mayo and the September 16th Mexican Independence Day are the very definition of nationalism in sports.

So how does Floyd Mayweather, an African American fighter, claim dates generally catered to Mexican audiences? I say blame Oscar De La Hoya! When De La Hoya, a Mexican-American, accepted the challenge of the then called “Pretty Boy” Floyd Mayweather on May 5th 2007, he lost more than just the fight; he lost his status as boxing’s biggest star as well as the support of the Mexican and Mexican-American audience who wanted nothing more than to see the brash, smart mouthed, cocky, disrespectful Mayweather humbled and defeated.

Though De La Hoya has lost fights before, losing to Mayweather on Cinco de Mayo was particularly disappointing for Mexican fans. De La Hoya had all the advantages going into the fight: weight, gloves, ring, purse split, date, venue, and audience. All he had to do was show up and destroy Floyd Mayweather, the man who had gone out of his way to insult, chastise, and draw the ire of boxing fans around the world.

To add insult to injury, Mayweather entered the ring wearing a sombrero and draped in the colors of the Mexican flag; some still debate whether he wore the colors out of respect or as yet another insult. In retrospect Mayweather’s focus was clear, he was coming to not only defeat Oscar De La Hoya but to take his status, his market value, his audience, and ultimately Oscar’s long held Mexican holiday fight dates. In this objective Mayweather has achieved unparalleled success; he has gone on to fight exclusively on Mexican holidays eclipsing not only the earnings and ratings of Oscar De La Hoya but of all fighters past and present.

In a recent article Oscar De La Hoya has claimed that he and his prodigy Saul “Canelo” Alvarez will “Take Back Mexican Dates from Floyd Mayweather.” A noble thing to say but the reality is that both De La Hoya and Alvarez had their chance against Mayweather, De La Hoya on Cinco de Mayo and Alvarez on Mexican Independence Day and each guy came up short. Their current agenda then is not to “defeat” Floyd in the ring but to go against him in competing pay-per-view events! As a boxing enthusiast it is my opinion that that is a weak approach to solving the “Mexican dates” problem, they want to “promote” a victory rather than earn one.

What I would like to see is Saul Alvarez challenge Mayweather to a rematch but this time train like a true warrior, defeat Mayweather justly and take back the dates honorably. But then again is May 5th or September 16th really anyone’s dates to take back, if so then maybe boxing really is about race and nationalism……is it?

« Pacquiao to start sparring on Saturday for Algieri fight

If Kovalev fights at Hopkins’ slow pace, he could lose, says Jeff Mayweather »