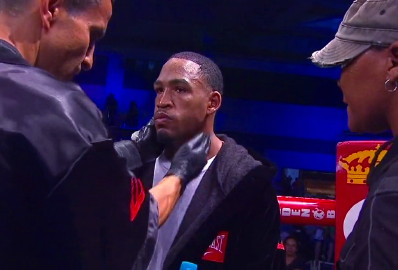 By Dan Ambrose: James Kirkland (32-1, 28 KOs) will be fighting Gabriel Rosado (21-8, 13 KOs) in what will likely be the chief support on the Bernard Hopkins vs. Sergey Kovalev card on November 8th at the Boardwalk Hall in Atlantic City, New Jersey.

Kirkland, 30, was recently being considered for a fight against Saul “Canelo” Alvarez. The fact that Canelo didn’t pick Kirkland could have been for a variety of reasons, starting with the danger that he’d bring.

Canelo recently beat Erislandy Lara by a controversial decision last July, and before that he was beaten by Floyd Mayweather Jr. If you put a fighter like Kirkland in with Canelo, it’s a fight where anything could happen.

Kirkland hasn’t fought since last December when he stopped Glen Tapia in the 6th round in an exciting brawl. Kirkland walked Tapia down and bettered him against the ropes until the fight was eventually halted in the 6th.

With Kirkland being out of the ring for almost a year by the time he faces Rosado on November 8th, there’s the possibility that Kirkland could have some rust on him. He’s not been fighting regularly for the past three years and that could be a problem if Rosado comes in shape. Before his fight against Tapia, Kirkland hadn’t fought in 9 months. He’s obviously missing too much time for a guy who doesn’t hold a world title belt.

Rosado has lost his last two fights to Jermell Charlo and Peter Quillin. The Charlo fight was one-sided and not a good performance by Rosado. But in his fight with Quillin, Rosado had him hurt in the 9th round. Unfortunately the fight was stopped in the 10th due to a cut on the left eyelid of Rosado from a clash of heads in the 9th.

The card is still being put together at this time so it’s difficult to know if Golden Boy Promotions will be able to find a better fight than Rosado-Kirkland for the co-feature bout, but you’ve got to figure this will wind up as the co-feature on the card because it’s a non-pay-per-view card. There’s not going to be a ton of money to load the card up to the gills like with a PPV card.