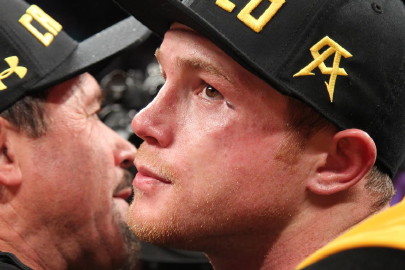 By Chester Rivers: Catch-weights, questionable judging and unworthy rankings are huge problems plaguing the sport of boxing and we saw some of that last Saturday night in the Saul “Canelo” Alvarez vs. Erislany Lara fight at the MGM Grand in Las Vegas, Nevada.

Catch-weights: Saturday’s night showdown was to determine who the number guy at junior middleweight was. The only problem was that the contracted weight was 155 lbs and junior middleweight has a maximum weight of 154 lbs. This was technically a middleweight fight to see who should be number 1 at junior middleweight. Catch-weights are a source of handicapping your opponent and Team Canelo took full advantage knowing Canelo would be at an advantage not having to shed the extra pound. Some of you may ask, “What’s so special about a pound?” When shedding weight a pound could mean dehydration with a slower recovery time. If there is no water weight to shed that pound could come from muscle loss making him weaker. I believe if a fighter chooses to fight in a particular weight class he should allow his opponent to weigh the maximum allowable weight if they choose.

Questionable Judging: Whenever I heard Jimmy Lennon Jr. announce a split decision I knew Alvarez would be announced the winner. What Canelo fans are calling running, the rules of the sport call ring generalship. Lara dominated the first half of the fight, faded in the middle and regained control from rounds 10-12. As Canelo swung and missed, Lara’s crisp 1-2 combos down the middle blistered Canelo’s face often violently snapping the Mexicans head backwards. The Canelo fans can only point to one significant punch. An uppercut landed and cut Lara along his right eye. In my view, Lara won 7 of the 12 rounds by a score of 115-113.

Unworthy Rankings: Canelo is Golden Boy’s anointed fighter not the accomplished fighter. When Canelo fought Mayweather, he was ranked #2 pound for pound without any significant wins. He was ranked higher than Sergio Martinez, Wladimir Klitschko and Andre Ward. The ranking was nothing more than a complete mockery of the system.

Golden Boy is fully aware that someone need to step forward and take the reins when Mayweather retires. How marketable is Canelo with a lofty record, title and his only blemish against the best in the world. At this point, however, Canelo Alvarez looks more like a facade than the real thing.

Deontay Wilder: I’m about to put Stiverne on a permanent vacation »