Arum: Mayweather should be ashamed of himself for his treatment of Khan 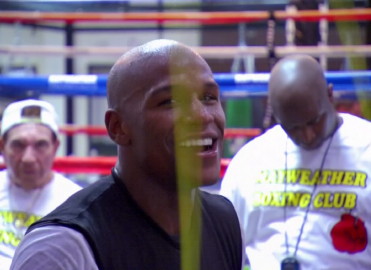 By Poerqe: Bob Arum says that Amir Khan has been humiliated by Floyd Mayweather Jr. and is a laughing stock. And claiming Mayweather’s action to be disgraceful and that he should be ashamed of himself.

Bob Arum believes that Mayweather, who has yet to announce his may 3rd opponent, will not fight Amir Khan. Khan who earlier this year claimed to have signed a contract to fight Mayweather and was already in training for Floyd. Is now facing the possibility that Mayweather could end up with a different opponent. Most likely Maidana.

In the last two weeks, ‘money’ had set up a poll on his website asking fans to choose between Maidana and Khan. Khan won the poll, hoping it would prompt Mayweather to announce the fight with him. But Mayweather has yet to do so. This prompted Promotor Bob Arum to come out and voice his opinion. He said to Telegraph Sport in an exclusive interview from Macau, China:

“What he has done to Amir Khan is absolutely disgraceful, whether he ends up fighting him, or he doesn’t,” Arum said to the Telegraph. “My feeling is he is not going to fight him, but it’s disgraceful to do that to another human being because you are in a position to do that. Just because he has the power where you can do something like that…They have allowed Mayweather to get away with this s***. It’s terrible. They have twisted the kid in the wind. Mayweather should be ashamed of himself. He’s not going to sign the contract. I think he will fight Maidana.”

Arum advices Khan to forget fighting Mayweather. And in the process also promotes his own fighters.

« The Rise of the Heavyweights