Provodnikov wants Pacquiao or Marquez next 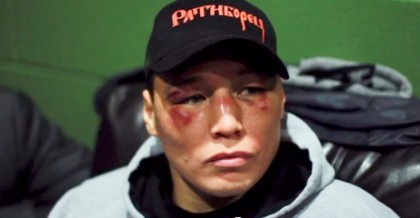 By Allan Fox: If WBO light welterweight champion Ruslan Provodnikov (23-2, 16 KO’s) gets passed over for a fight against Manny Pacquiao on April 12th, then he’d like to fight 40-year-old Juan Manuel Marquez next.

Provodnikov sees both fights as exciting affairs that would interest a lot of boxing fans. However, he’ll likely end up with neither fighter, because Top Rank promoter Bob Arum doesn’t see a Marquez-Provodnikov bout as a doable fight because of the amount of money it would take to get Marquez to agree to the fight. Arum sees Marquez as a pay-per-view fighter, and he doesn’t project there being enough of an interest in a Marquez-Provodnikov fight to make it worthwhile.

“If Provodnikov wants to fight Marquez, then who is going to finance the fight?” Arum said to RingTV. “Marquez is going to want Marquez money, and for Marquez-Provodnikov, there is a limited number that it would do on pay-per-view.”

It’s same deal with Pacquiao if he fights Provodnikov. It’s a fight that won’t generate a huge amount of interest, and if Arum makes that fight he’ll likely be sorry for having done so. Most likely Provodnikov’s name is just being used as a potential opponent for Pacquiao to try and get Tim Bradley’s asking price down for a fight against Manny Pacquiao.

Arum really wants Marquez to fight Pacquiao again for a 5th time, and you have to wonder whether the lack of interest in Arum putting together a Marquez vs. Provodnikov fight has anything to do with Marquez not being interested in fighting Pacquiao again.

If Arum can’t get Bradley to come down on his asking price for a Pacquiao rematch then Arum is going to need to come up with a new opponent he can potentially match against Pacquiao, because it doesn’t look like Arum has a high level of interest in putting Provodnikov with him.