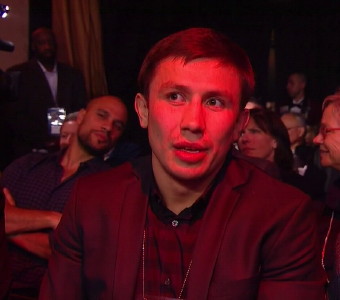 By Scott Gilfoid: Tom Loeffler of K2 Promotions shot down the idea of WBA interim middleweight champion Martin Murray (25-1-1, 11 KO’s) fighting WBA middleweight champion Gennady Golovkin (28-0, 25 KO’s) on February 1st at the Salle des etoiles, Monte Carlo, Monaco. It’s not going to happen. Loeffler already offered the Golovkin fight to Murray in the past but he turned it down.

Loeffler says they want guys like Sergio Martinez or Julio Cesar Chavez Jr. for Golovkin, although neither of those guys are going to be available to fight Golovkin for his next fight in February.

Loeffler said to RingTV “Murray had turned down a previous shot for him to fight Gennady in Canada…We would like a unification fight with Martinez, or a fight with Julio Cesar Chavez…until we can get one of them in the ring with him, we’re going to keep Gennady active.”

I don’t thinks we’ll see Murray fighting Golovkin anytime soon, if all. I just don’t think Murray fancies the fight because if he did he likely would have said yes to it already. It’s not a good match-up for Murray anyway because he lacks the speed and power to compete with a slugger like Golovkin. At least Golovkin’s last opponent Curtis Stevens had something going for him in terms of power, which is why he was able to last 8 rounds against Golovkin earlier this month. Murray doesn’t have the power to keep Goovkin honest, so I would suspect that Golovkin would do him in 2-3 rounds tops. It would be a terrible mismatch.

What Loeffler means by saying he’ll be keeping Golovkin active is that he’ll be putting him in with whoever he can get in terms of the best contenders available that are willing to step it up and face him in the ring. It’s not going to be easy to get a guy to step up and face him in the first place because he’s so dangerous. Few fighters want to face Golovkin right now because he’s fighting at a high level, so it’s going to take good money from HBO to lure a high quality opponent for Golovkin to fight in February. Right now it’s unclear whether HBO will be televising Golovkin’s February fight. It’s not convenient that he’s fighting in Monaco rather than the U.S. It would be better if they were to stage the fight in Las Vegas or New York, but for some reason Golovkin’s promoters want to have him fighting in Monaco again.