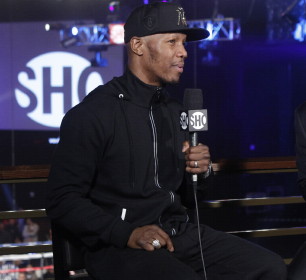 Judah and Garcia were supposed to have fought last February but Garcia suffered a rib and thumb injury that made it necessary for him to postpone the fight. There are rumors that Garcia was too heavy and wouldn’t have been able to make the 140 lb. weight limit even by dehydrating.

Garcia is one of those light welterweights that are really heavy for the division and it gives him a good advantage over his lighter opponents. Judah could have problems in this fight if Garcia rehydrates up to 160+ because he’s more of a true light welterweight compared to Garcia, who is more of a junior middleweight in size.

Judah was blown out by Amir Khan in a fifth round knockout two fights ago in July 2011. That was a bad performance from Judah as he didn’t have the speed, power or the size to compete with Khan in that fight. Judah was much more at home in his last fight against the much slower Vernon Paris, who Judah stopped in the 9th round in March of last year.

That was like watching the old Judah from years ago and if he were able to fight in the same way against Garcia then we could be seeing an interesting fight on Saturday. That’s not likely to be the case though because Garcia is a lot faster than Paris with much better power and experience.

If Judah is going to beat Garcia then he’s going to have to make sure he doesn’t get hit too many times by his big left hook because Garcia has a lot of power in that punch. Judah seems to think he’s going to be able to neutralize Garcia’s left hook in the same manner that Guillermo Rigondeaux did with Nonito Donaire. It remains to be seen whether Judah will be able to accomplish that because he’s not nearly as good defensively as Rigondeaux is despite having quick hands and feet.

How does Canelo expect Mayweather to fight him after pulling out of his May 4th fight card? »