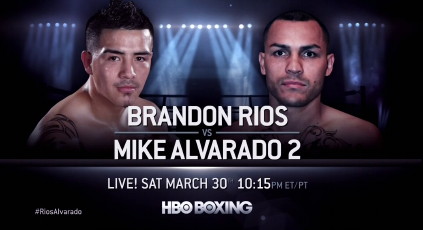 By Andrew Garewal: Arguably the most dangerous and exciting division in boxing today is at light welterweight. At 140 lbs, boxers possess uncanny speed, elusive footwork and explosive power. Nowhere in boxing is there such an array of talent in which multiple fighters could be crowned legitimate champions in their own right.

In other weight classes there is a recognized unified champion or it’s ruled by few respective champions. Heavyweights are dominated by the Klitschkos; super middleweight and middleweight is handled by Andre Ward and Sergio Martinez; Mayweather is at the helm of the junior middleweight and welterweight divisions; Broner has run through the super featherweight and lightweight divisions; Donaire and Rigondeaux are about to establish the leader at super bantamweight. No other division in boxing displays the competitiveness and uncertainty of a reigning king than that of light welterweight.

Within the next two months the 140lb weight class is going to be shaken up by three epic fights.

This is going to be an interesting matchup between southpaw Judah and orthodox Philly star Danny Garcia. Many predictions range from KO stoppage via Garcia’s power or on the experience and speed in favor of Judah. Garcia has shown us in the past that he is susceptible to straight shots, and in this fight Judah will be looking to land some zip with the left hand. In order for Judah to win he will need to establish himself early and often similar to what we saw of him in the Vernon Paris fight. If he is looking for a stoppage, Judah will need to expose a cut on Garcia with whizzing blows and accumulate damage. Don’t look for Garcia to go down via one punch knockout, his balanced approach and threshold for punishment will be too high for the aged Judah.

Danny Garcia is coming off confidence building wins versus Erik Morales and a punishing knockout of Amir Khan. Garcia’s best attributes is his patient balanced approach, timing and wicked torque with which he throws his power punches. Should Judah choose to take the fight to him, look for Garcia to begin timing thunderous shots like those in the Khan fight. The difference will be that Judah is a south paw and may be attacking Garcia at different angles. However, if Judah looks to stand toe-to-toe with Garcia and be courageous, Judah won’t last long. Garcia’s age will be a big factor in the fight as he will look to wear down Judah similar to how Judah has faded in the past. Judah is also prone to cuts. Should a cut appear, look for Garcia to capitalize and end Judah’s night early via stoppage or knockout.

Look for Garcia to establish the pace of the fight after Judah comes out aggressive in the first few rounds. Anticipate Judah to back off once he garners some respect for Garcia’s power, and Garcia keep Judah on the defensive through the middle and late stages of the fight. Should Judah begin fighting Garcia the way he fought Lucas Matthysse, don’t look for the judges to award him as many rounds due to Garcia being the titlist. Prediction- Garica wins by unanimous decision

Mandalay Bay will host a rematch of one of the best fights of 2012. Rios won by a stunning knockout over Alvarado last year through seven rounds of a painfully exciting bout. Both Rios and Alvarado connected with flush shots, and Rios seemed to get stronger the harder Alvarado struck. One memorable moment in the fight is when Alvarado landed two seemingly fight ending uppercuts which swiveled Rios head back and forth appearing as though Rios’ jaw was going to fly off into the third row. Somehow Rios responded and fought back to end Alvarado’s night in the seventh.

Almost every punch in the fight was thrown with knockout written all over it. In the rematch, look for Alvarado to not throttle down and force confrontation so quickly. Sticking with the strategy initially attempted by his corner in the first fight, which he abandoned, Alvarado will approach Rios more cautiously and try to outbox him from a distance. Keeping himself well guarded, Alvarado can choose when the fighters will engage and set a slower pace than that displayed in the first matchup. If Alvarado can establish himself on the outside and keep Rios off him, he can outbox Rios to victory.

Rios on the other hand has no need to change his strategy. He will approach the fight as a classic brawler, its Rios’ power, output and seemingly indestructible frame which fight fans have come to expect and love. Rios in his own words has said, “I don’t look to be the best pound for pound, I just want to come and fight”. Rios and trainer Roberto Garcia have been working on increasing his power for the next fight, as though it could get any more punishing. Anticipate for Rios to continue coming forward on Alvarado and catch him in exchanges as he did in the first fight. Rios will try and capitalize on the first fight and bring Alvarado into another slugfest. Look for the fight to get heated up early as this will be one of this year’s best fights. Prediction- Alvarado will be more cautious and keep Rios off him for a while, but Rios will score a KO in the later rounds. Rios via KO 9th round

Fittingly the boxing world has saved the best for last. This matchup will feature dynamic boxer Lamont Peterson against knockout artist Lucas Matthysse. Peterson returned to the ring after his omission from boxing following a failed drug test. Peterson contested the failed test by insisting that due to a medical condition of abnormally low levels of testosterone he had been prescribed the banned substance by doctors. Regardless, Peterson is back and returned with a knockout victory over opponent Kendall Holt. Peterson appeared to be shaking off some rust in the first couple of rounds, but after landing some blistering body shots, caused Holt to shell up and proceeded to dominate until stoppage in the 8th round.

Peterson will need high levels of testosterone for his upcoming fight with Lucas Matthysse. Matthysse is quite possibly the most feared opponent at 140 lbs. He has uncanny power in both hands and put that on display in his recent first round knockout over Mike Dallas Jr.. Eager to earn himself recognition as the best 140lb fighter in the world, Matthysse will look to come into the fight more prepared than ever. Al Bernstein has described Matthysse as “one of the best body punchers in the world”. In this bout, look for Matthysse to use his power and substantial body attack, but also another characteristic which is sometimes over looked of the Argentine fighter, his footwork. Matthysse will look to outmaneuver his opponent while Peterson is engaged in his earmuff defensive shell technique. With an even distribution of work to the body and head by Matthysse, he can possibly break down Peterson who isn’t unfamiliar with getting knocked down.

Peterson will look to establish his jab to keep the powerful Matthysse at range and land his stinging right hand. However Peterson does not shy away from bringing the fight inside. Both are great inside fighters and expect the bout to be fought at this range throughout a majority of the fight. Barry Hunter, Peterson’s trainer, feels the fight is “Haggler-Hearns”, the best of the 140lb fighters today. This could very well be the fight of the year. Prediction- Matthysse has dropped every one of his opponents, expect the same versus Peterson. With a couple of knockdowns in his favor, Matthysse will win a close 12 round decision with Peterson giving as good as he gets.

« Bradley under consideration for Pacquiao’s next fight in Macau