Burns vs. Vasquez moved to April 20; Broner will have to find another opponent for June 15 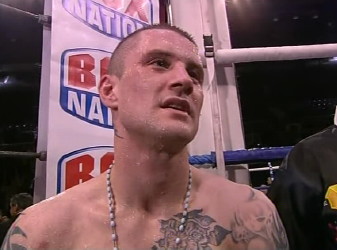 By Thomas Cowan: WBO lightweight champion Ricky Burns has had his March 16th WBO/IBF fight against Miguel Vasquez moved to April 20th. The fight is being moved because Vasquez is suffering from a viral infection, so he won’t be able to make that date. Nathan Cleverly’s proposed fight on the same card has also been moved to April 20.

Burns will be frustrated that the date has been changed but he’s going to have to deal with it and stay focused because this is the biggest fight of his career so far. It’s going to be an extremely tough fight for Burns but I think he will get the win.

Another fighter that will be annoyed about this postponement is Adrien Broner. The WBC lightweight champion is scheduled to fight in Las Vegas on June 15th and hoped to get Burns to fight him on that date. I don’t know if Burns would have taken that fight but it’s definitely not going to happen now because he won’t be stepping in the ring with Broner six weeks after the Vasquez fight.

WBA lightweight champion Richard Abril has called out Broner and it would be interesting to see if that fight can be made. This would be a dangerous fight for Broner because Abril is 4 inches taller than him and he’s got long arms that will make it tricky for Broner to use his Mayweather-like shoulder roll defense. If Broner beat Abril and Burns beat Vasquez, which is what I think would happen, then a potential Burns vs Broner fight would be for all 4 major belts. Even though Burns isn’t well known in the US, a fight for all 4 belts would surely be a pretty big fight and I could see that being an excellent contest that would end with Broner’s hand raised.

There has been suggestions that Burns is ducking Broner but I don’t see why he would because if he beat him then he’d be propelled into super stardom and if he loses, it won’t be a big deal because Broner’s very highly rated. The lightweight division isn’t that strong and there’s no reason Burns couldn’t win another world title within a year of losing to Broner, so I really don’t see the point of ducking him.

« Keith Thurman: Why “One Time” is the Real Deal