Bellew-Chilema on Saturday, 3/30 at the Echo Arena in Liverpool, UK 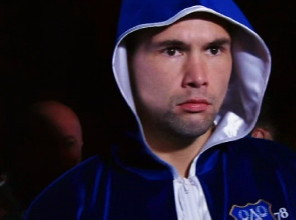 By Scott Gilfoid: WBC Silver light heavyweight champion Tony Bellew (19-1, 12 KO’s) will be facing his toughest test in eons this Saturday night against Isaac Chilemba (20-1, 9 KO’s) at the Echo Arena in Liverpool, UK.

Bellew hasn’t had a test since he was spanked by WBO light heavyweight champion Nathan Cleverly in October of 2011. Bellew’s promoter has since put him on a soft diet that’s allowed him to win his last three fights against Danny McIntosh, Edison Miranda and Roberto Bolonti.

Those easy fights have enabled Bellew to get back on the winning track as he goes into this all important fight against the tough as nails Chilemba. The reason why it’s important isn’t because of Bellew’s WBC Silver 175 lb. trinket.

Dawson will be facing Adonis Stevenson on June 8th, and the chances are high that Dawson will lose that title, which means that the slow as molasses Bellew will be facing Stevenson instead of Dawson. I’m sorry but I don’t like Bellew’s chances at all in a fight against Stevenson.

What makes Chilemba such a handful is his size, chin and high work rate. He’s someone that can put it on you and give you problems with his punch output. He’s not someone that will back off if he gets hit hard a few times by Bellew.

The way I see this fight turning out is that Bellew will test Chilemba early with his power shots, but once he discovers that Chilemba can handle his power without any problems and return fire, we’ll likely see Bellew off to the races with him running around the ring to try and keep from getting hit by Chilemba.

It could turn into an ugly fight if Chilemba doesn’t put enough pressure on Bellew.