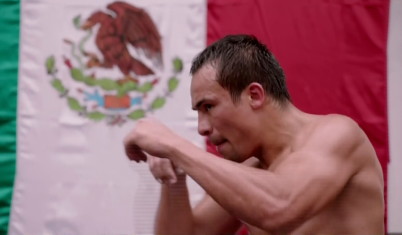 By Chris Williams: Top Rank promoter Bob Arum sees Juan Manuel Marquez’s recent comments about not being interested in a fifth fight with Manny Pacquiao as nothing more than a negotiating ploy to get a better deal when it comes time for them to start negotiating a deal.

Arum said to the Manilatimes.net “Believe me, Pacquiao-Marquez 5 will happen. Negotiations, this is about negotiations.”

After the fight, Marquez was excited about knocking Pacquiao senseless and he said at that time he was interested in a fifth fight with Pacquiao. But Marquez later talked it over with his wife and friends and realized that he has nothing to gain from fighting Pacquiao for a fifth time, so he told the media he’s no longer interested.

A lot of boxing fans already believe that Marquez has been robbed in the first three fights with Pacquiao, and in this last fight Marquez decided to take the judges out of the picture by knocking Pacquiao out. Marquez doesn’t want to have to be put back in that situation where he has to KO Pacquiao to guarantee that he gets the decision.

After all, Pacquiao is the big name here and sometimes with big stars like Pacquiao, you have to really beat them bad to get a win over them. Marquez doesn’t need that because he already fought well enough to deserve getting victories in the first three fights.

My take on this is Arum can lure Marquez into taking the fight with the Filipino but only if he offers Marquez a 50-50 deal. If he offers him a 90-10, 80-20 or 70-30, I don’t see it happening, and I honestly can’t even see Arum giving Marquez a 70-30. Are you kidding? If Marquez gets anything, it’ll likely be a small fraction of what Pacquiao gets.