Khan: Victor Ortiz, Josesito Lopez and Matthysse are potential opponents for me in April 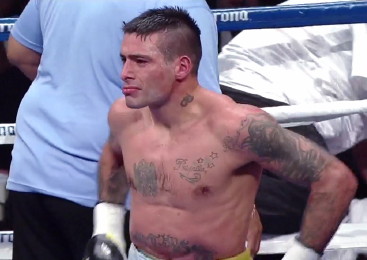 Khan said on Sky Ringside “There are a few names – Josesito Lopez, Victor Ortiz, there’s Lucas Matthysse, whoever. I fight whoever they [Golden Boy Promotions] puts in front of me.”

I think Matthysse is far too dangerous for Amir Khan to be fighting, and besides that Matthysse has a fight scheduled for January 26th against Henry Lundy in Los Angeles. For Matthysse to take the fight with Khan only two months later, Matthysse will have to destroy Lundy early without taking too many shots.

I think that’s definitely possible, but I still think it’s asking a lot of Matthysse to try and get him to come back to the ring in less than two months to fight Khan, because he won’t have enough time to rest from the Lundy or enough time to adequately prepare for the fight. You know Khan will have been getting ready for that fight well ahead of time, so he’d be ready, but Matthysse would be in a bad position to take the fight.

I can kind of see Ortiz as a possibility for Khan, because by the time he enters the ring to fight Khan in April, Ortiz would be rusty as heck from having been out of the ring since June of 2014. That’s 10 months of inactivity for Ortiz. He broke his jaw in two places in a loss to Josesito Lopez in that fight, and you’d like to see Ortiz get a tune-up for his first fight back rather than putting him in with someone that’s been fighting regularly like Khan. I don’t think that’s a good fight for Ortiz, but it is a good one for Khan.

Still, it’s a very dangerous fight for Khan because the southpaw Ortiz has excellent speed, power and talent. When Ortiz is fighting in top gear, he’s another Marcos Maidana type fighter. But the problem is with Ortiz, you just never know what you’re going to get. He’s great in some fights, but in others like his losses to Floyd Mayweather Jr, Lopez and Maidana, he looked terrible.

I see either Ortiz or Lopez getting the fight with Khan. Matthysse will likely be deemed too dangerous for Khan, even though Matthysse won’t have much time to prepare for the fight.

« Missed opportunities: Pavlik should have fought Bute when the fight was offered

The Sweet Science – Why Speed Kills »