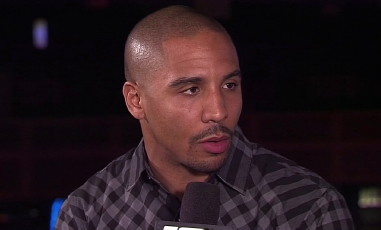 By Dan Ambrose: WBA/WBC super middleweight champion Andre Ward (26-0, 14 KO’s) injured his right shoulder during training this week in getting ready for his January 26th title defense against Kelly Pavlik (40-2, 34 KO’s), according to RingTV. Ward had an MRI done on his shoulder to see the extent of the injuries, but thankfully no tears where found.

However, Ward does have swelling on the shoulder, and his fight with Pavlik will need to be pushing back a month into late February at the earliest. Ward’s promoter Dan Goosen says that he wants to make the Ward-Pavlik fight in late February.

Pavlik, 30, is considered to be out of his class against the younger Ward, and few boxing fans are giving Pavlik a chance in this fight. Pavik has done well against fighters that have stood in front of him trying to slug it out. However, he was badly beaten by both Bernard Hopkins and Sergio Martinez, who both used movement and quick combinations to take advantage of Pavlik’s slow hands and inability to cut off the ring. Before he started training with Robert Garcia recently, Pavlik’s offense had always been very predictable. He’s a lot more varied with his attack now, but he still remains slow of hand and foot. Those those areas appear to be beyond change.

Pavlik has won his last four fights since the loss to Martinez, but he’s not faced anyone of quality.

Ward, 28, is coming off a 10th round stoppage win over Chad Dawson in his last fight. Ward dominated what many boxing fans consider to be the best fighter in the light heavyweight division. Previous to that, Ward captured the Super Six tournament trophy with a victory over Carl Froch last December. In the tournament, Ward defeated Mikkel Kessler, Allan Green, Arthur Abraham and Froch. Ward really dominated Kessler and made it a very easy fight with his superior hand speed and jab.

« Will Pacquiao – Marquez IV be a different fight?

I’m a Marquez fan, but here is why I want Pacquiao to win »