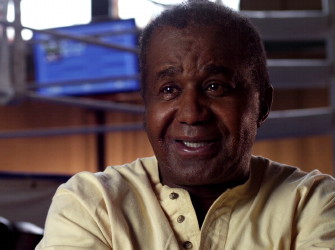 By Eric Thomas: With sadness boxingnews24.com regrets to report that legendary trainer Emanuel Steward has reportedly passed away at 68 due to an undisclosed illness. Steward, who trains IBF/IBO/WBA/WBO heavyweight champion, recently was admitted to a Chicago hospital last September and subsequently had surgery on his stomach. It was reported that Steward was suffering from diverticulitis. He had been hospitalized ever since the surgery.

Steward was known for his ability to spot weaknesses in his opponents and design the perfect game plans for his fighters to take advantage of those weaknesses. With working with Wladimir, Steward had a calming affect on him, getting Wladimir to relax more when in the heat of battle. Steward really helped Wladimir in a huge way to make to help make him the #1 heavyweight in the game today. This was just one of many examples of how Steward has helped his fighters.

« Cleverly vs. Coyne fight up in the air

My tribute to Emanuel Steward »