Chavez Jr: I never smoked marijuana, I used it with tea 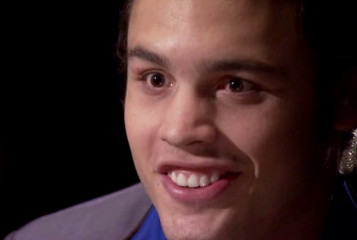 By Dan Ambrose: Former WBC middleweight champion Julio Cesar Chavez Jr. is claiming that he never smoked marijuana before, and that his positive test results for the drug from his last fight against Sergio Martinez last month was due to marijuana that Chavez Jr. had drank with tea aver speaking with a medical doctor to treat his nerves.

Chavez Jr. said to the Record.com.mx “In California it is legal cannabis (marijuana), so I was told, it would help me sleep and relax, and when I checked with the doctor told me that the only problem was the smoke, so I made a tea or few drops … and that’s what I took, but I have never smoked marijuana…I have problems with nerves…I am not a drug addict.”

This is interesting because it doesn’t matter whether Chavez Jr. smoked the marijuana or used with tea. He needed to let the World Boxing Council and the Nevada State Athletic Commission both know that he was planning on using the drug to help treat his nerves. It appears that Chavez Jr. failed to do this. As for the medical doctor that Chavez Jr. says he spoke to, I imagine they’re going to check to verify that this actually happened. However, I don’t see it as having any bearing on his likely upcoming suspension that will be handed down by the Nevada Commission.

Some boxing fans may see Chavez Jr. as trying to do some damage control by now after all this time denying that he smoked the marijuana.

Cotto: Arum only offered $6.5 million to fight Pacquiao, not $13 million »