Joshua plans on staying in the amateur ranks 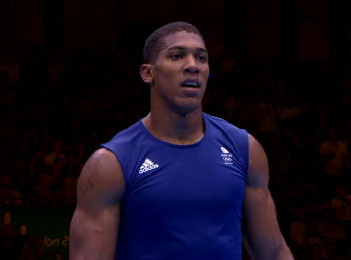 By Scott Gilfoid: The 22-year-old British Olympic 2012 super heavyweight gold medalist Anthony Joshua reportedly plans on staying in the amateur ranks a little longer to try and capture both the World and European titles before he eventually turns pro at some point. This is actually a good thing for Joshua, because right now if he turned pro his game would be too flawed for him to contend with the top fighters in the sport, and it might take many years to learn what he should have learned in the amateurs.

Joshua told the heraldscotland.com “It’s [turning pro] not going to be hard to resist…I didn’t grow up with loads of money around me anyway, so I’m happy with the way things are…I want to go and win world and European titles and dominate the amateurs.”

I’m afraid that Joshua may not like what he finds when he fights for the World and European championships because he’s very likely to meet up with many of the fighters that he won controversial decisions over in the 2012 Olympics. If Joshua has to fight Roberto Cammarelle, Erislandy Savon, Ivan Dychko and Zhilei Zhang outside of England, we may see completely different results that Joshua may not like. And if he fights Magomedrasul Medzhidov again, he may lost just like he did last time he fought him in the 2011 World Amateur Boxing Championships. Do you think that Medzhidov’s win over Joshua was an accident? It wasn’t. I saw the fight and Medzhidov was landing clean right hands all through the fight, and Joshua was pretty much defenseless against those huge shots. Medzhidov will beat him again the next time they fight.

I think Joshua is doing the right thing by staying in the amateur ranks, but he’s got to improve a ton for him to actually beat guys like Cammarelle, Dychko, Savon and Zhang without controversy. Right now, I don’t think Joshua has the skills to beat those guys outside of the Olympic competition in London.

« Chavez Jr. can’t afford to let Sergio Martinez tee off on him

Merchant wants to see Pacquiao fight someone new for a change »