Abraham’s power may not be enough against Stieglitz 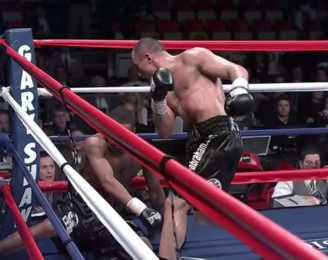 However, the 32-year-old Abraham’s power might not be enough for him to get the win, because Stieglitz hits plenty hard too and he’s a much better fighter than Abraham. Stieglitz can do pretty much everything that Abraham do and is better than him in almost every category except for in the power department.

If both fighters fought with their feet stuck to fly paper, it’s pretty clear that Abraham would beat Stieglitz senseless. However, Stieglitz isn’t going to be standing still against Abraham next Saturday night, and will instead be moving around the ring, jabbing Abraham in the face and keeping away from his best shots.

Stieglitz has a lot to work with in trying to figure out how to beat Abraham. The blueprint has been created in how to beat Abraham by Andre Dirrell, Andre Ward and Carl Froch, all of which dominated Abraham in the Super Six tournament by out-boxing him.

All Stieglitz needs to do is watch those fights and copy what those fighters did against Abraham to keep him from teeing off. As long as Stieglitz doesn’t just stand in one place to allow the slow-handed Abraham with his poor work rate land his shots then he’ll be okay.

Stieglitz looked good in his last fight against Nader Hamdan, beating him by a 12 round unanimous decision last May. Hamdan, a last second replacement opponent, didn’t have the boxing skills to compete with Stieglitz and quickly fell hopelessly behind and ended up losing by a lopsided decision.

Abraham is coming off an impressive 12 round unanimous decision win over Piotr Wilczewski last March. Abraham’s power was too much for Wilczewski, who gave James DeGale a ton of problems in losing to him by a 12 round majority decision last year in October.

Bradley: I don’t need to chase anyone, I’m the champ »