Abraham looking to win another world title against Stieglitz on Saturday 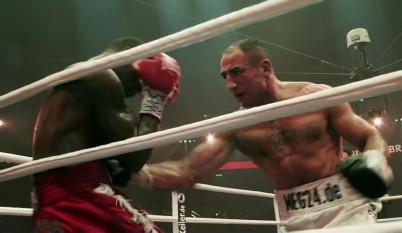 Abraham has struggled since giving up his International Boxing Federation 160 pound title in 2009 when he moved up in weight to the 168 pound division after due to his problems making weight. For the most part, Abraham has lost every fight he’s had when taking on good opposition at the super middleweight level since moving up. Abraham excuses the defeats to Andre Dirrell, Andre Ward and Carl Froch by saying he made the mistake of not letting his hands go enough. That no doubt is true. But what’s unclear is whether Abraham will be able to change that problem against Stieglitz on Saturday night.

Stieglitz probably isn’t quite in the same class as the guys that beat Abraham in the Super Six tournament, but he may be still good enough to beat him if Abraham isn’t able to knock him out like he’s done with most of his opponents.

What’s working against Abraham in this fight is that he’s 32 now, and he can’t throw punches in high numbers like he once did. It might not take a high work rate for Abraham to win if he can hurt Stieglitz, but he may find it hard to score a knockout in this fight because the good fighters know by now that Abraham only opens up with his shots when the rounds are nearing the end. Stieglitz will likely be avoiding Abraham in the last 20 to 30 seconds when he comes alive suddenly trying to steal the round. If Stieglitz can avoid Abraham when he flurries in the last seconds of every round, he should be able to win a decision in theory. Whether the judges will give it to Stieglitz is another matter altogether, because Abraham is hugely popular in Germany despite not being a champion.