Pavlik a possibility for Froch on Nov. 3rd or Nov. 10th 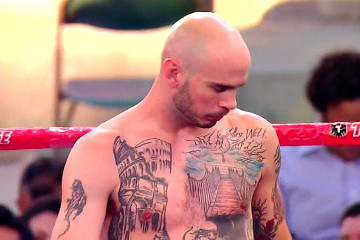 Pavlik is one of the names that Froch’s promoter Eddie Hearn is looking at for Froch’s next fight, but he’s one that Froch really wants.

Froch told BBC Radio Nottingham “Pavlik has been calling me out, so I’d like to shut him up. If we can get him over to Nottingham, that’s one the fans would want. He’s just one name and there are a couple of other names that Eddie’s looking at. We’re looking at November 3rd or November 10th…then in the new year, there’s the rematch with Bute and the rematch with Kessler.”

Getting Pavlik to take the fight could be a problem, though, because Pavlik’s promoter Bob Arum at Top Rank might not be interested in having Pavlik fight in the UK. Arum also might want to keep spoon feeding Pavlik like he’s been doing recently trying to build him back up to a recognizable, well respected contender. Additionally, Arum often likes to have in house fights, and he might want to keep Pavlik around to face one of his other Top Rank stable fighters WBC middleweight champion Julio Cesar Chavez Jr, if he can get past Sergio Martinez on September 15th in their pay-per-view bout.

Pavlik-Froch would be a good fight, because both guys like to slug it out and don’t have a reverse geat. Froch is more versatile than Pavlik, as he can box if he wants to. Pavlik is a pure slugger with pretty much no other option other than to slug it out with his opposition. Pavlik hasn’t looked good in his last two fights against 2nd tier opponents Scott Sigmon and Will Rosinsky. Pavlik is still as hittable as he was in the past, but looks slower now. You’d have to favor Froch in a battle between the two fighters, because Froch can do everything that Pavlik can do but much better.

Broner to move to lightweight after Escobedo fight on Saturday »