Arum wants to match Pavlik against Froch or Kessler next, doesn’t care about titles for Kelly 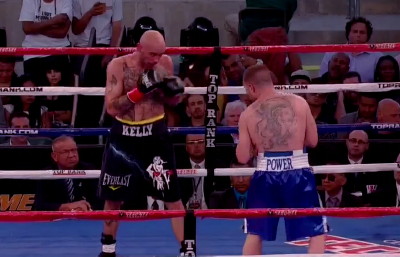 By Dan Ambrose: Top Rank promoter Bob Arum says he wants to step his fighter former WBC/WBO middleweight champion Kelly Pavlik (40-2, 34 KO’s) up a level against some of the best fighters in the super middleweight division after Pavlik’s 10 round unanimous decision win over the light hitting 2nd tier prospect Will Rosinsky (16-2, 9 KO’s) last Saturday night at the Home Depot Center in Carson, California.

Arum sounds as if he thinks he can get one of those guys for Pavlik in the fall. I hope Pavlik doesn’t get his hopes up, because Froch likely won’t go for that fight and Kessler has been playing it safe lately waiting to get a shot at a title. For Kessler, titles DO matter and he’s not going to waste time fighting a guy who is trying to rebuild his shattered career. Pavlik has nothing to offer. He doesn’t have a title, and he doesn’t possess a belt.

Arum might be able to get Froch if he’s willing to make it worthwhile to him financially and agree to have Pavlik fight in Nottingham in front of 10,000 British fans. Pavlik is a lot slower than Froch, and not as powerful as him either. I can’t see this going well for Pavlik at all. Kessler would be even worse because he’s got a great jab and left hook, and he can move around the ring well, unlike Pavlik.

If Arum is looking to cash out with Pavlik, then luring Froch or Kessler to fight him is definitely the way to do it. Once Pavlik is wiped out by either of those guys, I think it might be time for Arum to cut him loose and look for some other more talented younger middleweights to add to his Top Rank stable. Pavlik doesn’t have a big fan base so it’s hard to see any justification for Arum keeping him around after he gets schooled by Froch and/or Kessler.

« Haye: Chisora will be lucky to survive the 1st round

Khan in make or break fight against Garcia on Saturday »