Macklin and Andy Lee possible next opponents for Sergio Martinez 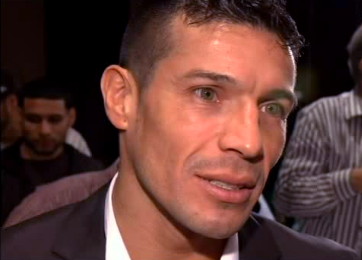 It was a style nightmare for the 36-year-old Martinez, as he didn’t know how to deal with Barker’s long reach and constant jabs. It took until the 11th for Martinez to finally solve the Barker riddle by taking him out with a right hook to the side of the head.

After the fight, Martinez ruled out facing the winner of the Bernard Hopkins vs. Chad Dawson fight. Martinez feels that fighting a light heavyweight would be too hard for him because of the weight he would have to put on in order to make it happen. Martinez instead still has his eyes on trying to land a fight against Floyd Mayweather Jr., Manny Pacquiao, Miguel Cotto or Julio Cesar Chavez Jr. Those are the big four that Martinez wants to take on. He feels that at least one of those guys will agree to fight him at some point because of the big money that a fight against Martinez would bring them.

However, the reality of the situation is that Martinez will likely have to settle for a fight against middleweight contenders Matthew Macklin or Andy Lee. Macklin would seem to be the easier of the two, as Lee is tall, moves constantly and fights a lot like heavyweight champion Wladimir Klitschko. In other words, Lee uses movement, his powerful jab, right hooks and straight left hands to keep his opponents off balance.

Lee looked nothing short of sensational in defeating Brian Vera by a one-sided 10 round unanimous decision last night on the undercard of the Martinez-Barker fight.

Having Lee-Vera as the undercard for him last Saturday night will make it easy for Martinez to attract a lot of interest among boxing fans in a Martinez vs. Lee fight. You can’t say the same thing for a Macklin vs. Martinez fight, because Macklin hasn’t been fighting in the U.S like Lee, and Macklin lost his last fight to WBA Super World middleweight champion Felix Sturm last June. That in itself is probably enough for Martinez to rule Macklin out as a worthy contender.

Ward: Froch is a really arrogant guy and needs to be put in his place »