Dawson vs. Hopkins: Youth and talent will beat experience and old age 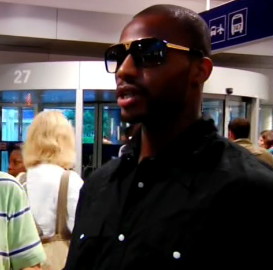 Those were all good wins for Hopkins. However, none of those fighters are anything close to Chad Dawson (30-1, 17 KO’s) in size and fighting style. This is a completely different type of fighter that Hopkins will be facing on October 15th at the Staples Center in Los Angeles, California and I don’t seeing it going well for Hopkins. Dawson is a style nightmare for Hopkins, because of his hand speed, height, reach and boxing skills.

Dawson can do pretty much everything in the ring. The only thing he has problems with is concentration and not throwing enough punches. Dawson has a bad habit of easing off on the gas pedal when he has a fight under control. He’s promising he won’t do that against Hopkins next month, because he understands the importance of this fight for his career growth and he can’t afford to lose another fight.

Dawson was beaten by Pascal last year by an 11th round technical decision by not throwing enough punches. Dawson waited too long to start fighting and by the time he had Pascal staggering around the ring in the 11th, he had his back against Pascal. The fight was stopped quickly when Pascal clashed heads with Dawson, and referee didn’t give Dawson’s corner a chance to try and stop the bleeding.

Dawson’s youth, talent and speed are going to be the important factors in him winning this fight. Hopkins is a great fighter and has had an excellent career, but on October 15th, he’s going look like an old man in this fight. Dawson is going to show Hopkins’ age by boxing circles around the aging light heavyweight.

Hellenius being groomed for the Klitschko’s »