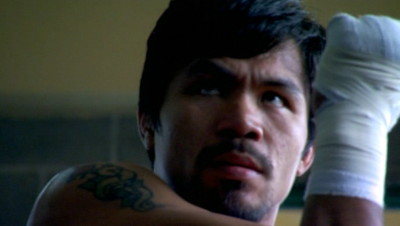 Jeff doesn’t say why he feels this way, but it’s pretty easy to guess why when you see Arum talking about wanting his fighter Pacquiao to take the WADA blood tests for the Mayweather fight, while Mayweather wants the USADA to do the testing. That right there is almost like saying you don’t want the fight, because Arum should know that Mayweather believes that the USADA is the one that should be overseeing the testing for performance enhancing drugs, not some other agency.

Jeff said this to fighthype.com: “I think he [Mayweather] will be fighting one another in a couple of years. I think that’s being realistic because I think the fight that’s out there will take that long to materialize.”

I don’t even know if it will happen then, because as long as Arum is talking about Pacquiao being tested by WADA instead of the USADA, and training outside of the U.S, it’s going to make it all but impossible to put the fight together.

« How long will Alfonso Gomez hold up under the pounding from Saul Alvarez?

Is there anyone left for Vitali Klitschko? »