DeGale: Wilczewski is a step up in class from Groves 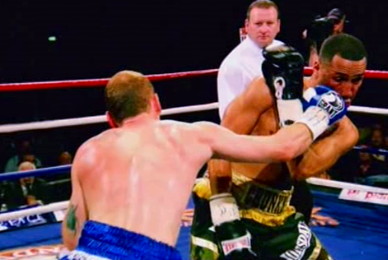 DeGale has moved on from that bitter defeat and is looking to capture the European title against Wilczewski and then go after a world title against the winner of the fight between WBO super middleweight champion Robert Stieglitz and champion Mikkel Kessler.

“It is make or break for me,” DeGale said in an interview at Talksport. “He’s [Wilczewski] a good opponent and his record proves he’s a step up in class from George Groves. He’s a tough fighter and I’m looking forward to getting back up to where I want to be. You have to be a good fighter to be a European champion.”

DeGale has some of the best skills in the super middleweight division. The only thing he needs is experience, and an increase in his work rate so that hit and run type fighters like Groves aren’t able to win controversial decisions. DeGale also needs to get better at cutting off the ring and moving his feet. In some of his fights, DeGale fights flat-footed in a too relaxed manner, as if he’s sparring with someone. He can’t fight at that leisurely relaxed pace if he wants to beat guys that can move their feet. Groves clearly lost to DeGale, but he showed that you can give him problems if he you use movement.

Wilczewski doesn’t have much in the way of power to speak of, but he’s good at putting his punches together. This is a fight where DeGale should up his work rate and pressure to try and take this guy out as quick as possible. You don’t want to let Wilczewski hang around for too long because he could nick some rounds with his high work rate and mess things up for DeGale.

I don’t see this as being a competitive fight for DeGale, because he’s so much better than this guy. However, he’s got to prove that he’s learned from the Groves fight that he can’t just wait for his opponents to come to him. DeGale has to go after them, use his jab, which he didn’t use against Groves, and force the issue.

“Everyone keeps telling me I won the Groves fight,” DeGale said. “But I am over it now…Hopefully after I’ve won the European title we can get it on again…I don’t feel like I lost the fight, when I look at it on tape.”