Pavlik not to get it all his own way against Espino 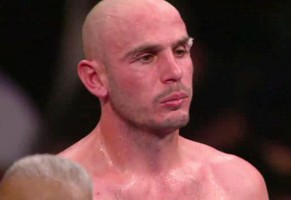 By Richie Doyle: looking towards next weekend’s fight cards I notice that kelly Pavlik is quite overpriced and his fight with Miguel Angel Espino is being seen as easy ko victory but I believe Espino could be a tougher task then that, he has great amateur pedigree and his pro record seems to have gone from strength to strength since his disappointing appearance on the contender back in 2005 where he was beaten by Peter Manfredo jr. However i do see the odds on favourite Pavlik winning a hard earned points victory and with odds of 3/1 this could be a great bet so get on.

Moving on to last week’s fights I’m a little more optimistic about David Hayes chances if he fights Vitali Klitschko next year as although the old warrior won a very steep sided victory at the weekend over Kevin Johnson he did look as if age is slowly creeping up on him and Haye may be able to take advantage of this, however Haye will have to show more aggression then he did against Valuev and his fight with Ruiz in early 2010 could be a great warm up for Haye as once again he is in against a very physical fighter who will move faster than Valuev and hopefully make Haye think more and show more, but this is by no means taking away from Hayes win against Valuev.

Also I’d like to congratulate Paulie Malignaggi who won me a nice bit money at the weekend by reversing his fortunes against Diaz .Now Paulie show the world what you can do and get into the sports pages for the right reasons not your tantrums and sometimes poor displays but your blistering combinations and hand speed that can get you back on track for the big time.

« Klitschko-Johnson: What happened to Kevin?