Pacquiao Opens as 2-to-1 Betting Favorite against Cotto, Is It Justified? 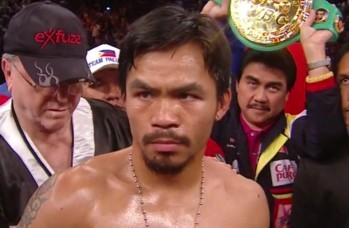 By Giancarlo Malinconico: Skybet.com is the first to list Manny Pacquiao as a 2-1 betting favorite over Miguel Cotto in their November 14 clash in Las Vegas. I will be the first to say, I am not stunned by the odds. Cotto will be the bigger man in this fight, but I think people tend to overstate the weight advantage in boxing in general. In my article, Pacquiao’s “Manila Ice” will Cool Cotto, I point out many reasons for why I believe the Pacman will be victorious on November 14; obviously, the “Manila Ice” will play a major role. But there other factors.

Cotto backers often point out that Mosley and Judah are as fast, or just as fast, as Pacquiao. Therefore, Pacquiao will not overwhelm Cotto with his speed. But this notion is misleading. Mosley and Judah, both, fought Cotto flatfooted. Moreover, Mosley and Judah mostly relied on throwing one punch at a time, particularly Judah.

Pacquiao delivers powerful punches, and his punches come in bunches. Furthermore, not only has the Pacman improved his footwork since moving up to 135 pounds, he has improved his defense. The Pacman uses head movement and footwork to move away from returning shots after he unloads, and I think people will be surprised on the difficulty Cotto will have in landing clean shots on the Pacman.

My prediction: Cotto will not make it to the final bell. I have mentioned the “Manila Ice” will be a huge factor, but watch out for a left uppercut. Cotto likes to keep his guard up as he leans forward, leaving him susceptible to an uppercut. Judah was able to land it on Cotto early in their fight, but he was unable to capitalize. But Manny’s hand and foot speed will give Cotto fits all night long. Do not be surprised to see Miguel back peddling for survival before the Pacman’s relentless assault pins Cotto to the ropes and halts the action. I will be the first to publically go on record and state: do not be shocked if Cotto gets the De La Hoya treatment.

« Boxing – Super Six to the Rescue