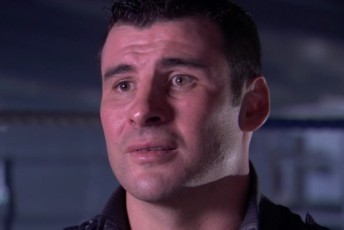 By Ash Choudhury: With the recent announcement of Joe Calzaghe’s retirement, questions are being asked as to whether his amazing record of 46-0 has been padded or if it truly reflects his greatness. Just the name Calzaghe creates many differences in opinion between boxing experts and casual fans alike. Some say that his record is lacks any real defining fights as his fights with Hopkins and Jones came too late, whereas others believe he beat everyone that was put in front of him.

Below are some fight that did and did not take place but are often talked about by experts and fans alike. Here’s what I think would happen should the fights have taken place during the peak of both fighters careers.

Nigel Benn – this would be a classic fight while it lasted, with both men loving to trade and leave it all in the ring. Both fighters have certain similarities as they both reserve their best after they have taken a few big shots. I can see this starting at a furious pace with Benn landing the telling blows early. Although Calzaghe has tasted the canvas on a few occasions in his career, he unquestionably has a solid chin and think he would start to take control. His hand speed and sheer volume of punches would overwhelm Benn in the late rounds to earn himself a stoppage victory.

Gerard Mccellan – This would pit the fast combinations of Calzaghe against the power shots of McClellan. This would be a great fight as both fighters would be tested and have a lot to prove. Could Calzaghe hang with the hardest hitter he ever faced? Or could Mccellan weather the flurry of punches that would surely come his way. Again I see this fight start quickly with Calzaghe feeling the power early on, and being dropped early in the fight. Calzaghe would then choose to utilize his boxing skills rather than trade with Mccellan, who at times would be chasing the faster Calzaghe. I see this as a difficult fight for both but Calzaghe coming out the winner by a unanimous decision.

James Toney – Toney had a brief spell at super middleweight where he was universally recognised as the p4p number 1. Toney was blessed with a natural ability that most can only dream of, yet I see work rate being the main factor in this fight.

Calzaghe would find his work cut out at times with the elusive Toney but would create problems himself with his awkward, yet effective style. I see this being a nip-tuck battle with Calzaghe’s work rate being the major factor to a split decision victory.

Bernard Hopkins – Even though this fight did happen, (although at least 5 years too late), had this fight had happened earlier I believe the outcome would have been different. A 43 year old Hopkins, who clearly is still a force to be reckoned with after his boxing clinic over Pavlik, was still nowhere near the his best. Calzaghe found Hopkins difficult to hit cleanly all night, even in the final rounds were it was clear too see that Hopkins was tiring. A prime Hopkins was renound for finishing strong and getting better as a fight wore on. I just think Calzaghe would find Hopkins too crafty and intelligent, proving to be tough opposition but on the wrong side of decision.

Roy Jones Jr. – It was sad to the Jones who faced Calzaghe as he was a shell of his former self. At his peak, Jones was undeniably a great fighter blessed with speed and power. Calzaghe would have no answers to the blistering combinations thrown from the most unorthodox angles. A very much over – the – hill Jones was able to drop Calzaghe in the very first round, Jones at his best was a devastating finisher. Eventually when they did meet, Jones was devoid of most of skills which set him apart from the rest. Even with Calzaghes solid chin and iron will I see him being stopped in the mid to late rounds.

Chris Eubank – A lot of people say that Calzaghe beat a “washed up” Eubank but it’s easy to forget that Calzaghe was still learning his trade. I see a prime Calzaghe running away with a clear unanimous decision with only a few real scares along the way. Again, the work rate and sheer volume of punches would be too much for a game Eubank to handle.

« Will Calzaghe Come Out Of Retirement To Fight Woods?

Funeka – A New Star Is Born In The Lightweight Division »