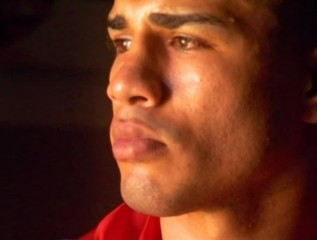 By Eric Thomas: In the latest boxing news, former IBF welterweight champion Kermit Cintron (29-2, 27 KOs) recently signed a promotional contractor with Lou DiBella. Cintron, now 28, is coming off a 6th round TKO to Antonio Margarito in April, a fight in which Cintron lost his IBF welterweight title to Margarito. The loss, his second to Margarito in three years, left the power-punching Cintron in another rebuilding stage for his career. He may have some help getting back on top, though, as his new promoter Dibella is highly interested in trying to land a fight with Miguel Cotto who, as it turns out, was also was defeated recently by Antonio Margarito, in a 11th round TKO loss on July 26th.

Although a fight between Cotto and Cintron wouldn’t be happening anytime soon, as Cintron will probably be resting up and licking his wounds for the remainder of 2008, but in 2009, he’ll be looking for a good comeback opponent to take on and Cintron, with his good reputation and excellent power, would seem like the ideal opponent for Cotto to comeback against. To be sure, this is a very dangerous opponent for Cotto, since he’s had problems against big punchers in his career, getting hurt by DeMarcus Corley, Ricardo Torres, Zab Judah, and most recently against Margarito. Of those fighters, none of them have the same kind of power that the knockout artist Cintron has, for he’s capable of ending a fight with one punch.

However, as good as his power is, his chin isn’t nearly up to the mark, letting him down in his initial fight with Margarito. However, he’s only been beaten by Margarito, so it will be interested to see if Cotto has the skills and firepower to test his chin. Considering how Cotto’s last fight ended, with him bowing out against Margarito, this would seem like a very dangerous opponent for Cotto to take. But if Cotto is looking to rebuild his reputation in a quick hurry, this would be perhaps the perfect fight for him to achieve this.

Cintron is popular with boxing fans, many of whom respect him because of his tendency to go all out in his fights, showing no fear of trading shots nor fearing any opponent. Cotto would stand to gain a lot with a win over Cintron, perhaps enough for fans to forget his wipe-out loss to Margarito. Cintron won’t make it easy for him, though, as he’ll probably try to go right at him the same way that Margarito did, and try to hurt him and make him wear out and quit in a similar manner as he did against Margarito.

The difference here is, however, that Cintron’s chin isn’t nearly as good as Margarito’s, and it’s unclear whether he can take big shots from Cotto for 10 rounds without going down. If he can, however, Cintron has the type of crushing power that can take Cotto out in the latter rounds of the fight.

Will Hatton Continue to Take The Easy Route After Malignaggi? »