Holyfield-Ibragimov: Does Evander Have Any Magic Left? 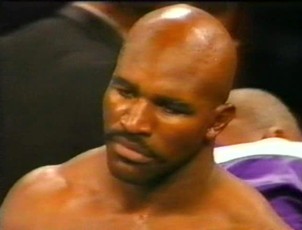 As four-time heavyweight champion Evander Holyfield (42-8-2, 27 KOs) approaches this Saturday’s heavyweight championship bout with WBO heavyweight champion Sultan Ibragimov 21-0, 17 KOs) at the Khodynka Ice Palace, in Moscow, Russia, a big questions looms about how much Holyfield has left in the tank after twenty three years as a professional boxer. Holyfield, 44, though he’s not fought as many bouts as many younger fighters, such as Wladimir Klitschko, his bouts have been much tougher, the type in which he’s stood in front of his opponents and traded shots for round after round. Along with his many wars, you have to factor in his advanced age which makes him one of the oldest heavyweights to challenge for a title since George Foreman accomplished the feat in the 90s.

While much has been made about Holyfield’s recent success over journeyman fighters Jeremy Bates, Fres Oquendo, Vinny Maddalone, and Lou Savarese, the fact remains that these fighters are hardly world class, and certainly not the type of competition to get a good gauge about how much Holyfield has left in the tank.

In truth, Holyfield has been given a shot at the heavyweight title not because he’s earned it, but rather because of his status as a former great fighter. It also helps his case that he’s a mere shadow of his former self and not considered much of a threat to the 32-year old Ibragimov. However, the Russian champion is far from invincible, thought of by many to be the weakest link among the four heavyweight champions.

Still, though, Holyfield will have his work cut out for him mainly because Ibragimov tends to move a lot, and is difficult to pin down for very long. Holyfield, at one time was brilliant at cutting off the ring on his opponents, had become more of a slow, shuffling plodder-type fighter who is mostly comfortable when his opponents stand directly in front of him in line of sight. For Holyfield to win, he’s going to have to play possum, and pretend that he’s more limited than he really is in hopes of luring Ibragimov close enough for him to unload some of his still formidable artillery.